“If you think that once people would try everything to get away from this place, while now we line up for hours under the sun to get in”. The woman standing right before us approached us this way, in her uncertain English.

Actually, she was right. We had already been waiting under the sun for almost two hours, even if we arrived there with the first morning bus. We were waiting to cross the same gate that thousands of men had passed years ago, losing the sense of what is human, together with their executioners. That gate stood out in the warm hours of the morning, showing his phrase now sadly known to everyone.

Since we were young, and we started learning about the Second World War, we have heard of the Holocaust. At first we did not understand well what it was, our minds were not grown enough to conceive of such a thing.

We need more years, we need to develop a better awareness of the world, so to begin to really understand it. When we become adults, those events take on a much deeper meaning, and that German sentence, Arbeit macht Frei, “Work makes us free”, becomes something from which we strongly try to protect.

The original inscription today is gone. At the end of 2009 someone thought well of stealing it. Sometimes I imagine that person who, sitting at the fireplace, drinks a glass of brandy in company, looking proudly at the prey.

At the Auschwitz-Birkenau Museum and Memorial, just a few kilometers outside Krakow, Poland, there is now a new sign to welcome the visitors. It will no longer be the original, but the meaning it has represented and keeps representing remains intact and is very strong for anyone.

Only passing under that writing, only crossing that gate it is possible to try to understand what happened there. I say try to understand, because understanding it properly is impossible, and even more hard it is to accept that it really happened.

Try to imagine large rectangular buildings made of bricks, arranged neatly on a grass and gravel ground, in a field surrounded by a barbed wire fence. Now imagine walking on this gravel and entering one of those buildings.

At a first glance nothing attracts our attention, it looks like a simple construction of bricks. And in some way it is. The only difference with any other similar brick building, anywhere else in the world, is what happened inside, and what it contains now, so not to forget it.

Imagine going through one of the corridors of this building, and then entering one of the rooms. The room is not very bright, the light inside is very low. Everything has a gloomy air, that makes the hair on your arms stand up.

Imagine then looking at the walls of the room. You will find that only half of it is a wall, and that where the bricks end a glass begins. At this point it is legitimate expecting something behind those glasses. Curiosity prevails, even if we fear what awaits us.

Shoes start to appear behind the glass. Old shoes. A lot of shoes. A mountain of shoes. Shoes for men, women, children. You can not count them, the eyes get lost trying to observe them, moving right, left, up, down. The face begins to streak with tears.

The mind thinks of who the shoes belong to, why they are there. You do not want to be sure, it would be better to stay with the doubt, not answering this question. Maybe you would sleep more peacefully. But you need to know. And then you listen to the explanation, and it’s just as you feared.

Those are the shoes of the victims. Those shoes belonged to the men, women, children, whose lives ended in that place. So you try to count them, to have an idea. Ten, twenty, thirty, a hundred. They are too many.

You try not to think about it, but inevitably you end up wondering why these shoes have been stored, and not thrown away as the rest of the trash. The answer is worse than you imagine.

The shoes were kept for the new prisoners, or for those who did not have them in the camps. That mountain of shoes is not even close to the number of the victims. The people killed in Auschwitz were way more.

And it doesn’t end with shoes. There are also brushes, bags, suitcases, prosthesis. And hair. Pounds and pounds of hair turned into fabrics.

There are a lot of exhibitions, but there is not only this at Auschwitz. The place itself is soaked with a sadness that it will never be able to shake off. Sadness for the people who suffered, and for those who did not survive. Sadness for those who have performed this massacre, and any massacre, because they have pushed the human being to the lowest level imaginable.

And then walking on that ground trampled by thousands of people years ago, looking at the horizon through the barbed wire, observing the wooden planks on which the prisoners were forced to sleep, walking on the tracks that brought all those people there, losing themselves in the endless void of Birkenau, you can not help but ask yourself a question: how?

How can a man do this to another man? How can someone deprive someone else of their everyday life, taking their humanity away? How can an human being be so evil and expect to be still called human?

When I visited Auschwitz, I was speechless for a while, because I had nothing to say or think of. The dust covering your clothes going back home doesn’t cover the shame you keep feeling.

All human beings should go there, at least once in their life, silently, so not to forget what being humans means. 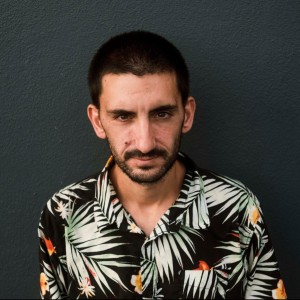 Croatia: the beginning of our adventure